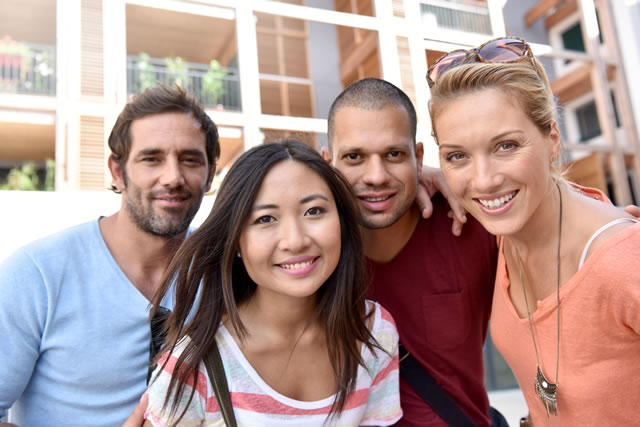 “Lingo” is Latin for language and, coincidentally, means apple in Japanese.
Language is an indispensable element for intercultural communication. We are seriously endeavoring to promote internationalization in the local community from the aspect of “language”.
For those who would like to study Japanese as a foreign language we offer high quality lessons at reasonable rates taught by a staff with an abundance of experience.

Our Mission and Core Values

Our mission is, through language teaching and awareness raising efforts,
to deepen mutual understanding between different cultures and contribute to the promotion of each individual’s true internationalization. 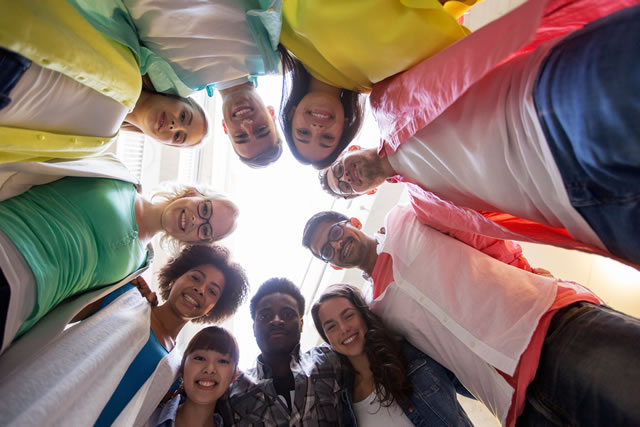 We strive to answer each learners needs

We strive to maintain a top quality staff at all times.

We teach the culture and manners behind the language.

We provide consultation on how to study effectively. 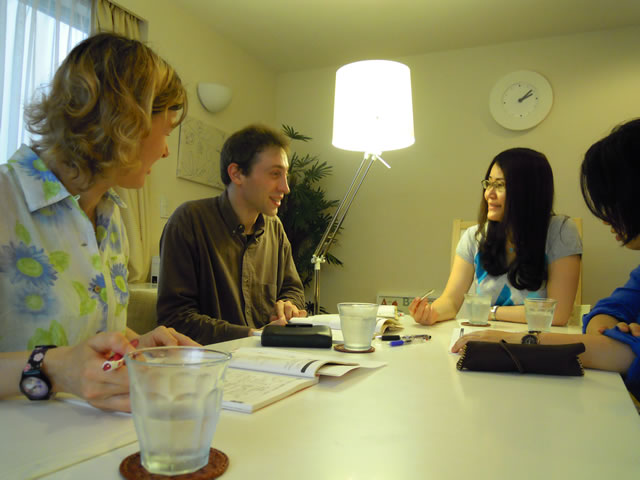 Lessons at your office/home

The popular out service courses for businessmen and their families enjoy a good reputation and many word of mouth recommendations.

Lessons at the school

As far as schedules allow we can give lessons at the school.
Please contact us for further details.
-Free level check/consultation
-No registration fee
-Great range of learning materials.
-The course is taught by a licensed teacher of Japanese with a wealth of experience in teaching Japanese to non-native speakers both in Japan and overseas.
-The course is tailor -made to fit the needs of the students.
-All levels and anyone with an interest in the Japanese language and culture are welcome!
-For learners at the intermediate level and above, classes are conducted in Japanese only.
-For basic and elementary students, the teacher can provide thorough grammar explanations in English. 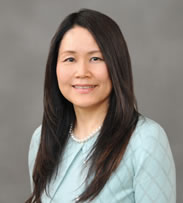 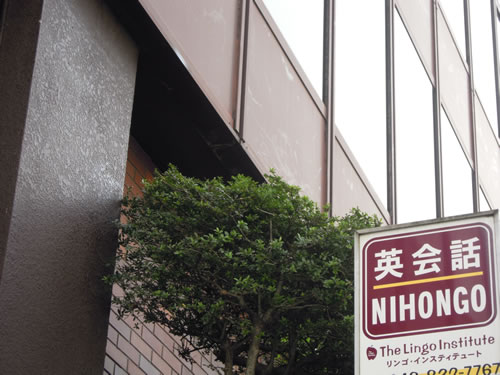 -There is no registration fee.
-Prior to the first lesson a 40 minute level check will be given free of charge.
-Tuition is paid on a monthly basis, payable in the fourth week of the preceding month.
-In the case that a student quits in the middle of the month, the remaining tuition is nonrefundable.
-In the case of company paying, payment method is negotiable

Lesson Days and Number of Lessons per Month:

-Lessons are generally taken on a given day and time four times a week.
-The minimum number of lessons is four a month.
-In the case that, for example, a student takes lessons on Monday and there are five Mondays in a given month, then in principal the fifth one will be a holiday; but if so desired, a lesson can be taken on a “fifth day”. Of course the extra lesson would be charged at the regular rate.
-The fifth day may also be used to make up a regularly scheduled lesson that had been canceled for whatever reason.

-Group and semi-private lesson schedules are fixed and cannot be rescheduled at short notice.
-Private students who would like to cancel a lesson are asked to contact us by 5:00 p.m. of the previous day. If they do so, then the lesson can be rescheduled on a different day and time during that or the following month.
-If we are contacted after 5:00 p.m. then the lesson can be canceled but not rescheduled. Canceled lessons that are not made up within the current or following month are nonrefundable.
-In the case of typhoons or heavy snow we will contact students on the day prior to their lesson to let them know that the lesson has been canceled. If you don’t hear from us, then lessons will be held as scheduled. If a lesson is canceled due to inclement weather it will be rescheduled for another day if at all possible.
Changes in the Number of Students in Group Lessons:
-In the case that the member of students in a group decreases, resulting in, for example, a small group becoming a semi-private group, or a semi-private group becoming a private lesson, then the lower tuition will be charged for the following month and efforts made to find new members to make up the original numbers. If no new members can be found within a month, tuition will be charged according to the number of members in the group.

-Charges for textbooks and other materials (￥1,000~￥10,000) are not included in the tuition fee. For details, please see the tuition page.

Personal information compiled on this website will not be released to third parties without the consent of the person concerned. However, in the event of a request for information from a court, the police, consumer center, or other authorized agency, we will respond by disclosing the requested information.

The use of the data released on this website for the purpose of distributing or reproducing in any manner, in whole, or in part, is strictly prohibited without prior written consent from Lingo Institute.

Connect With Us On Social